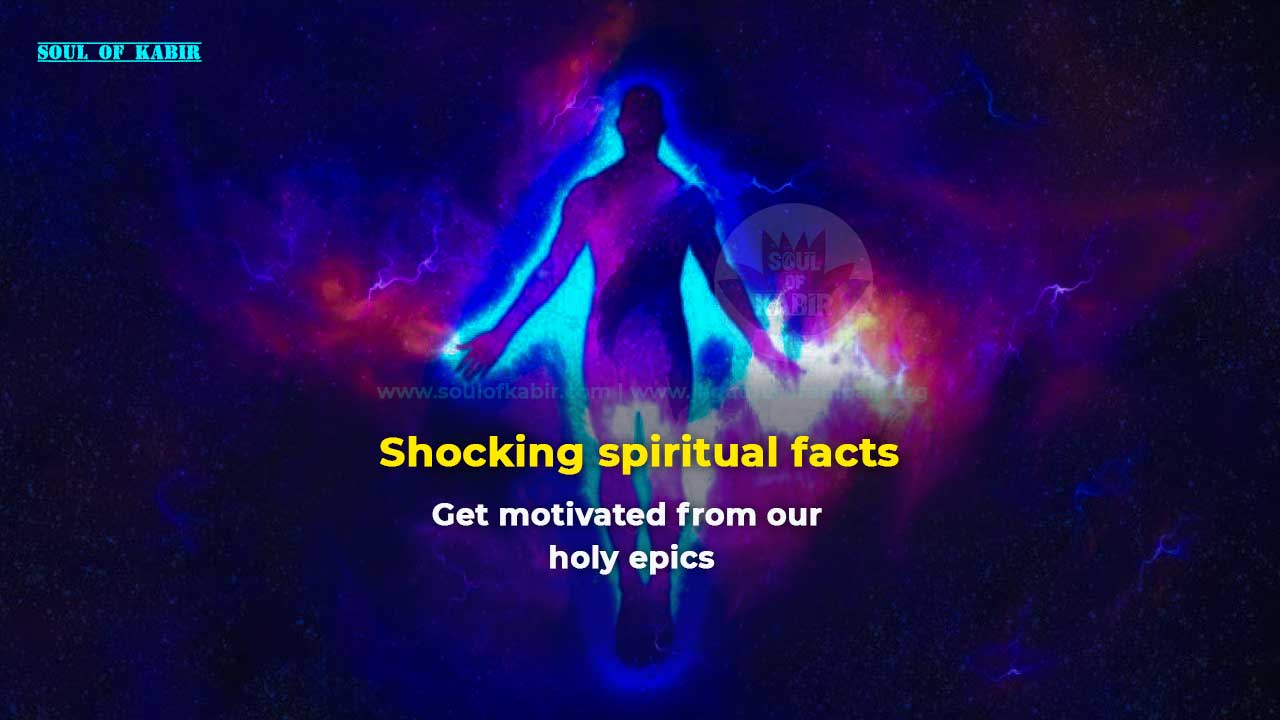 Shocking spiritual facts: Ramayana is one of pious epic of eternal Hindu religion. Every Hindu devotee have listened the story and fact about Ramayana. But there are several twist and topics in Ramayana where people are still unaware of it. Now let us dive in the depth of Ramayana.

Since, Ravan has eloped Mother Sita, he convinced several time to Mother Sita to accept him as a husband. But Mother Sita never accepted the proposal of Ravan’s.  Though Ravan was powerful with tons of Siddhis obtained from Shree Shiv Ji and Shree Brahma ji but couldn’t do anything with mother Sita by force.

The reason behind this is, Ravan has cursed by a sage that if he would do rape of any woman by force, he will die but in case if that woman will commit by agreement, Ravan won’t die. So he wanted to convinced mother Sita but failed every time.

Mother Sita replied same answer that except Shree Ram no one can touch her.

Now let us step ahead and figure out the fact “Who is God?

Is god in form or formless?”

Garib Das ji says this verse after visitation of complete God from Satlok.

Next virtue soul is Mira Bai, she were taken pratham Naam Upadesh from Ravi Das ji. She had several suffering in her Royal palace after the death of her husband. She went to Bridavaan for spiritual practice. Her ambition in Brindavaan wasn’t for Shree Krishna but for complete god. She started living in Brindavaan.

Complete god Kabir Sahib with Ravi Das Ji appeared to her in Brindavaan. Kabir sahib started narrating satsang. When Mira bai saw him, she knelt and bowed down before complete god and expressed her sufferings of the palace and reason of arriving to Brindavaan.

Ravi Das ji briefed about complete god and she took Naam upadesh from Ravi Das ji. And she started her spiritual journey and attained the salvation.

So, here complete god wants to teach us a lesson not to cross the limit like mother Sita.

One line we have crossed in Satlok by showing contrast determination towards Jyoti Niranjaan Kaal. Even complete god in Satlok ordered us not determined at Kaal but we never listen and today is our result. We are in unbearable suffering due to that reason.

Kaal is giving us punish and we have to bear that. Some loses their wife, some parents, some with fatal diseases, some with financially broken, some loses offspring’s and other’s with their own problems. These all are our result, which we broke the order of complete god from Satlok and cam along with Kaal.

Now again we have to return back to Satlok attaining salvation.

Hanuman ji requested with mother Sita to provide him some fruits as Hanuman ji were hungry. Mother Sita said not to broke the branches of tress and pluck them, also she ordered not to pick the fruits from tress but he can collect the fruits fallen from tress. She is not allowed to eat and pick from tress. Mother Sita were distressed and covered with old dirty clothes.

She said that she is waiting to Shree Ram.

When Hanuman ji returned back to deliver the message of mother Sita with bracelet given to him, shree Ram ji and all were happy to know the good news. Shree Ram ji called Hanuman ji to separate alone place and asked How is Sita? She must be wearing expensive cloths and covered with attires and ornaments right? She must have invited you with delicious food in Royal palace right?

Hanuman ji narrates all the things and interpreted the conversation of Ravan and mother sita that he heard stealth from tress. And Hanuman ji told mother Sita is waiting to him.

Here, Why Shree Ram asked such question to hanuman Ji?

Reason is, Shree Ram wanted to know if she is determined to him or not. If she had delegated herself to Ravan then he would stop to seek her as Shree Ram knew the consequences of losing the warriors life. If she still trusted to him then its responsibilities of Shree ram to conquer the Lanka and escape Sita from the prison of Ravan’s.

Same like Mother sita, we are enclosed here in earth in the prison of Kaal. We can only escape from here if we are determined for complete god Kabir sahib like Mother Sita to Shree Ram. If she were not determined to Shree Ram then Shree Ram would never released her from Ravan’s cage.

We must have same determination like mother Sita to attain salvation and get rid from Kaal’s lok.

We have to learn a lesson from this story.

Complete god says,” Guru bin jo vedh padhe jo prani, samjhe na saar rahe aagayni” which means those who reads or learn Vedh without true guru, they understand noting. The result is still they don’t know the form of god and who is complete god. Now let us move towards Vishnu Puran and figure out some more facts.

Here in Vishnu puran published from Gita press Gorakhpur, Uttar Pradesh. In page number 4, Chapter 2, it is illustrated that Vishnu as Parbrahma, and Kaal as well. It’s clear that those who read Vedh without true guru never understood who is kaal, who is Parbrahma, who is brahma and who is complete god.

All this is trap of Kaal’s because Kaal is cursed by complete god to eat one lakh human body and reproduce one lakh twenty five thousand  human souls.

Which mean, we innocent human souls think this pleasure is real pleasure, we are unaware about Kaal. Know more about Kaal from here.

Definition of complete god according to Garib Das Ji Maharaj

Which means where infinite pleasure flows that pious place is Satlok and only complete God can provide such pleasure. And the complete god is Purna Parmatma Kabir Sahib .

All the assets which we have, we called ourselves as prosperous, but Ravan has a huge palace made with golden bricks and his traders traded diamonds, pearls and other precious metals. But did Ravan had any piece of golden bricks with him when he died, NO. So what we have in comparison of Ravan property, NOTHING.

Complete god wants to teach us not to get determined with any of the things of Kaal’s lok. We have to escape from here and it’s easy. Our main ambition is to attain salvation.

Contributing this life for making prosperous is a kind of illusion enforced by Jyoti Niranjan Kaal with his three son (Rajogun brahma, SatoGun Vishnu and TammoGun Shiv) including his better half Aadi Maya Astangi (Durga/Prakriti/Maya). We should be determined towards complete god as directed by true guru Saint Rampalji Maharaj. To take Naam Upadesh please go to “Naam Diskha” menu from menu bar at top.

Why true guru is important? 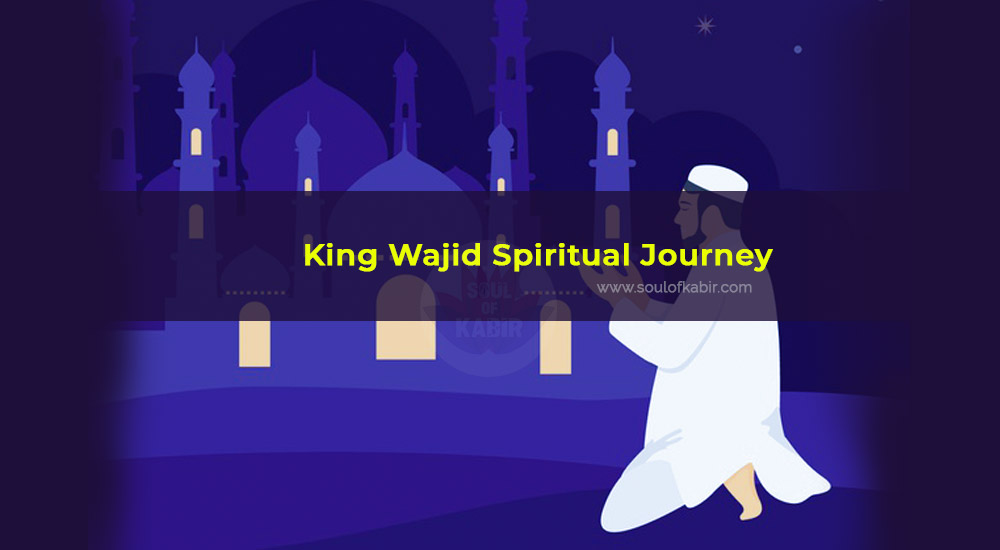