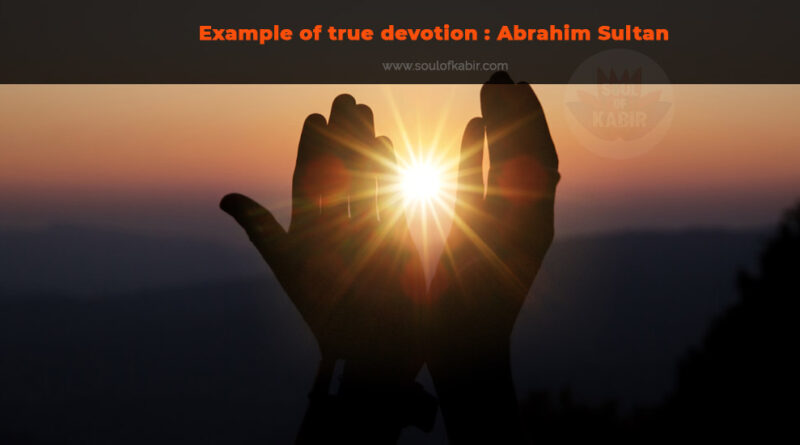 Abrahim Sultan Adham saw a sage’s hut who had been doing sadhana at that place for many years. Abraham went to him. The sage said that do not stay here, there is no food and water. You can go somewhere else. Sultan Abraham said that I did not come here as your guest. I am the guest of God, he will arrange for my food. Man brings his luck with him. Nobody eats others. Hey cheater! You are not a good citizen either. You want to meet God.

If intention is not right then a human being cannot do charity. God cannot be found without exercise. He who has given life will also give bread. Abraham went a short distance and sat down. A platter descended from the sky in the evening in which there was a variety of vegetables, pudding, bread and water. Plate was covered with piece of cloth. Abraham showed it to that sage nearby. The old seeker also got from the sky with two bread of barley flour and one lotus of water.

Seeing this, the sage was angry and said to Lord! I will not eat your sent food. You discriminate. I have been sent dry barley bread only but good food to Abraham with casserole. God said from heaven, O devotee! This Abraham was a wealthy king. It had a billion-trillion treasure. He had 16 thousand queens and children. He was a prosperous. There were ministers and maids. He has left all chic. He is capable to get these foods. If a devotee has pride, he is far from God. If devotee of God has respect then he is close to god.

Look at your position, you were a shearer. You used to trim grass all day. You always used to die with a bundle of grass on your head. There was neither wife nor mother, nor your father nor your friend. I send you ripe cakes. You are still tantrums, if you are not happy in my kingdom, and then sit somewhere else. If you are distracted by devotion, you will again start your previous profession. If you want to achieve anything from God, accept my offerings.

Sultan Adham prayed to God, O God! I will work hard and also do devotion to you. Do not send this food. I want to stay at your feet eating dry breads. The foods you sent, eating this, there will be faults in the mind, I will commit some mistake. That sage was also listening to his prayer.

His neck was lowered. He prayed, Lord! Forgive my mistakes I will be happy in your rule. From that day onwards, Abraham collected wood from the forest, used to sell them in the market and used to eat with own labour.

A few years later, Abraham set out on a trip. There was a landowner and had a large garden. He needed a servant. He captured the Sultan and kept him for guarding the garden. A year later landowner came to the garden. He asked Abraham to bring a pomegranate. Abraham gave pomegranate to landowner. Pomegranates were sour. Landowner said that, in a year you did not even know how sweet pomegranates are? Sultan said that you kept me to protect of the garden not to destroy it.

If the keeper becomes eater then it’s bad. I have never eaten any fruit, so how can have knowledge of sour and sweet? When landowner asked the other servants, the servants told that the bread he gets ate them, he wanders around the garden. We have also seen in secret. He has never eaten any fruit, nor taken it down. Some servant told that he is the king of the city of Balakh.

I saw him ten years ago while hunting in the jungle. When I asked him, you seems that you are Abraham Sultan emperor of the city of Balakh. He refused at first, then I told that I saw him in the jungle at the time of hunting. My brother-in-law Jacob is a great officer in your army. He told that the king has retired. His son is sitting on the throne. Then he said don’t reveal this secrecy to anyone.

Landlord fell at his feet and apologized and gave a lot of money and said that you take this money and do your own living, also do devotion. Stay at my house or build a palace in the garden, stay here and do devotion. The Sultan walked away saying thank you.

How to attain Salvation?

You May Have Missed 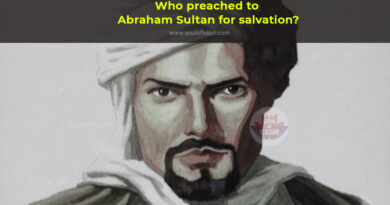